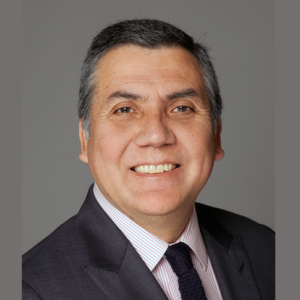 Member of the board of Adepa Chile

Mr Miranda is based in London and is currently Independent Director of Financial Services Companies in Luxembourg and Chile.

Until 2011, he was Deputy General Manager in the London Branch of CecaBank, a Spanish bank specialised in Financial Services, which he joined in 1991. At CecaBank, he was Head of Investment Management Services in 1994-2011, and Head of Capital Markets and Loans Syndications in 1992-2000. In the 1980s, Mr Miranda was Analyst of Credit and Country-Risks of international banks also in London. He is a British national, born in Santiago de Chile, and has been awarded degrees in Economics by University College of London, St. Catherine’s College at Oxford University and University of Chile, Santiago. Since 1991, he has been a member of the Institute of Directors of the United Kingdom.